« Back to: Online dating agencies 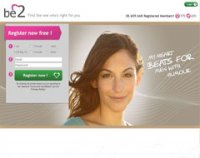 Find the one who's right for you

Be2.com is an online dating agency that began in Germany in March 2004. In 2007, they expanded to the UK and are now one of the bigger dating sites here. At the moment there are about 36 million registered members on Be2, of those 50,000,000 users are registered in the UK. This number represents individuals from 34 different countries.

Love is just a heartbeat away!

“Find the one who’s right for you” is the slogan that Be2 runs off and aims to bring the best quality online dating service to you. In recent years, however, advertising campaigns have been far and few between and therefore not as many singles are joining as they once did. Do remember, though: despite the lower number of joining members, Be2’s matching algorithm still has huge potential when it comes to finding a fitting match!

The central machination behind Be2.co.uk is the matching algorithm, or its scientific personality test. In essence, it attempts to assess the compatibility of two users. Candidates will then be suggested to you based on the answers you provide to the test.

be2.co.uk has lots of members, cheap short term membership, but ... watch out with the payment renewals!

Number of registered members at Be2.co.uk:
About 50,000 UK members


Many of them are not premium (paying) members thus they can’t be active. But, they will occasionally be shown to you as recommendation contact. 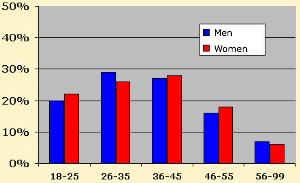 Steps to success:
Quantity of proposed partners:
4
Quality of the matching algorithm:
4
Given contact guarantee:
4
Quality of user profiles:
4

You can enjoy unlimited communication by subscribing to one of the following plans:


As well as unlimited communication, you will also have clearly visible pictures and can see who visited your profile.

If you don't want your premium membership to be automatically extended, you must disable this function in the menu of your personal data.

For educated singles and professionals

Find educated singles near you

Beat the odds, Bet on Love with eHarmony