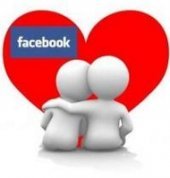 How well does the world's most popular social community serve as dating medium?

Help, Facebook is everywhere! On the internet, in bars, in discos - you can read about Facebook everywhere. We wanted to find out whether the biggest social network with more than 500 million profiles also works for dating.

Before engaging in this topic, one should know that Facebook was originally designed as dating site! The founder Mark Zuckerberg, an eager Harvard student, hoped that Facebook would help him get to know the most beautiful women at his University. The following will outline how much of this idea can still be found in the social functions of today’s Facebook .

Facebook Dating: 1. Staying in touch via Facebook Facebook helps friends and acquaintances stay in touch - nationally as well as internationally. The former exchange of telephone numbers has been substituted by the Facebook profile. It makes it easy staying in touch with people you have met on parties or on holiday. At least, most users display their real name on Facebook.

The focus is, as already mentioned, on the factor of “staying in touch” - but not as much on getting to know new people and less on dating. On the other hand, Facebook provides you with the unique possibility to reunite with old schoolmates or holiday acquaintances.
Flirt factor: medium at most

Facebook Dating: 2. Actively flirting via Facebook There are, indeed, singles trying to use Facebook as a medium for flirting. It is, however, quite rare and not always welcome in the community. Only those with a really good hook should try...
Flirt factor: low

Facebook Dating: 3. Mobile dating apps Today, there are several nice plug-ins available on Facebook tailor-made for online dating. The number one is Zoosk (50 million users in June 2010). The picture ratings portal “AreYouInterested” is quite popular as well. The big disadvantage of this kind of Facebook dating is obvious: flirting on Facebook is (almost) automatically accompanied by the exposure of information that isn’t necessarily meant for the public. On professional dating sites, on the other hand, one can determine exactly which information is displayed to whom and which isn’t. And we are not talking about blocking all of the data. Your flirt partner should receive quite some information about you - but it should be the right information!
Flirt factor: medium

The bottom line of Facebook dating:
Facebook is the Ferrari for the (international) cultivation of contacts. Whether in Great Britain, Germany or Haiti - Facebook connects the whole world with just a few clicks. Looking for a partner via Facebook is, however, quite a tractor. You might reach your goal but not as quickly and comfortably. Dating specialists, such as eHarmony, be2 or MatchAffinity help you reach your goal better, faster and safer. Turn on your motor!